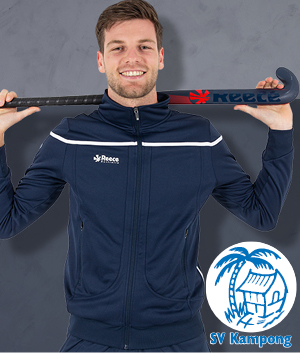 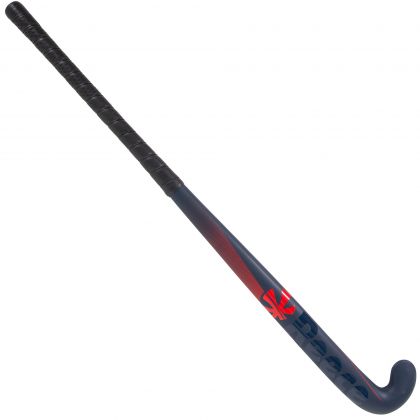 Hockeystick on the picture:
Center Force 150

Why and when did you decide to become a hockey player?
When I was five, I started to play hockey at MHC Vianen. The reason was actually very simple, my father and brother both played hockey and I had been on the sideline from childhood. And always with a small hockey stick in my hands!

Which qualities make you a good player?
My strength on the ball and my defensive skills.

What is your favorite exercise during your training?
Small matches: 4 against 4 or 5 against 5.

What is your favorite hockey stick and why?
Reece RX 130 Power. Not too curved and not perfectly straight, just the right stick for me! The balance in this stick is just perfect!

From which hockey player did you learn the most?
That’s a hard question. I think there have been several people who helped me a lot, formerly as a hockey player and as a human being, and still today. If I have to name someone, it would be my father.

Do you have any rituals before an important game and if so, what are they?
On the Sunday morning I always have a morning run with my teammate Björn Kellerman. Nice start of the day to loosen your legs and talk about nonsense and stuff.

What do you like to do in your spare time?
I study Commercial Economics at the Johan Cruyff Academy in Amsterdam. I also like to do nice things with my girlfriend. We have a large group of friends with whom it is always fun.

What is the most memorable moment in your career so far?
The national championship with Kampong last season ('17 / '18). Becoming a champion at your home venue was great! It was very nice to be able to participate in this championship.

Do you have any ideas about your life after hockey?
A healthy and happy life. And it would be great to start my own company, together with my two best friends.

Which hockey player do you admire and why is that?
David Harte. Because he is so incredibly good, and I believe he comes from a long way. Just how he is as a person, inside and outside the dressing room, is nice to see. Great to see how the best goalkeeper of the world van stay so sober-minded. And then we have not even talked about his reflexes in the goal!

What would be your best advice for young hockey players?
Have fun and especially enjoy hockey! That is the most important thing. The rest will come naturally. As long as you enjoy yourself.