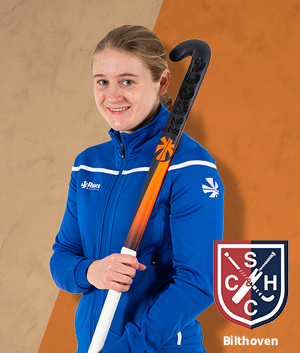 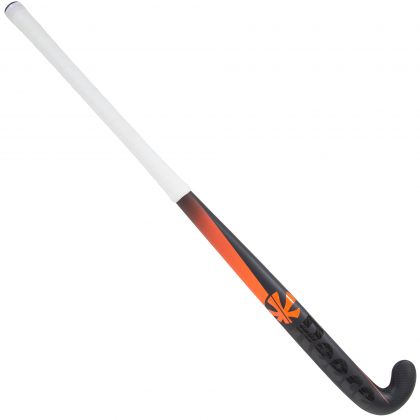 Hockeystick on the picture:
Pro 170 Skill

Why and when did you decide to become a hockey player?
When I was young I played golf and hockey. I played competition with both but it became impossible to combine. Eventually I chose hockey because I can play together with my friends.

Which qualities make you a good player?
I’m a fast, technical player and score easily. I also keep the overview in the circle to be able to give many assists. In addition, I have a good competition mentality.

What is your favorite exercise during your training?
My favorite training exercise is getting balls played in the circle and hitting the goal as quickly as possible.

What is your favorite hockey stick and why?
My ideal hockey stick is the Reece RX 130 Skill. A stick with which I hit very easily and that also makes ‘3D hockey’ possible.

From which hockey player did you learn the most?
At the club I learned a lot from my mother and trainer Jeantine Winter; at the National Team (Girls B) I learn a lot from Robbert Jan de Vos.

Do you have any rituals before an important game and if so, what are they?
I tie my shoelaces in “the round” just before the game, otherwise I have no special rituals.

What do you like to do in your spare time?
Hockey takes a lot of time, I train a lot and I am often away all day on Saturdays. In addition, I am quite busy with school. In the free time I have, I like watching Netflix and resting.

What is the most memorable moment in your career so far?
Of course I am still very young but my highlights so far are playing the national championship with DHVMB1 last year (where we unfortunately came in second) and the six-country tournament with Netherlands B in Cork, also last year.

What is your most important goal at this moment?
A nice step would be to join a club from the first league, where I want to be a main player within two years.

Do you have any ideas about your life after hockey?
No, not yet, I want to go to university after high school, and combine this with playing at the highest level. I will see what comes next.

Which hockey player do you admire and why is that?
I admire Lidewij Welten as a striker, she is also very strong, and passes and scores very easily.

What would be your best advice for young hockey players?
Have fun in the game and if you really want to achieve something: go for it!